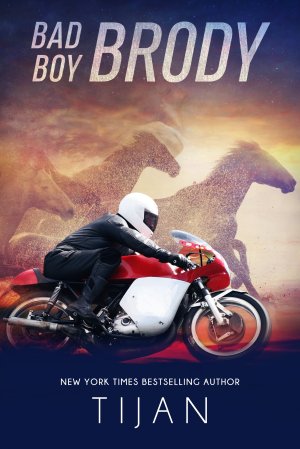 One punch took him from Hollywood’s Golden Boy to Bad Boy Brody.

The media didn’t care he was grieving his brother’s death. They descended on him, but to change his reputation, his manager got him a deal.

Act in an indie film, one that already had Oscar buzz, and he’d get the movie roles he needed to secure his future.

He took the deal.

She was wild. She was beautiful. She defied gravity.

But was she the leading role that would tame him?

At first blush, I loved Bad Boy Brody.  This book was a joy to read, and I was utterly engrossed with Morgan and Brody’s story while I was in their world.  I wish the book had a cover that fit the story better, even after reading the cover copy, I was sure the story was going to be completely different than what it was.  The title, too, didn’t seem to fit the tone of the story well.  Bad Boy Brody was far better, far more emotional than either the cover or the title indicated.

I adored the setting of this book and how much Morgan’s land and the mustang herd that ran on it were a major player in moving the book forward.  These elements were so vital to Morgan, so crucial to the very core of the story; it was hard not to want to crawl onto that piece of land and watch the mustangs stampede across it.  It felt so real; I could almost taste the fresh, crisp mountain air.

I’m on an insta-love kick right now, and this book definitely fits that bill.  Their intense connection started before they even spoke to one another and that crazy bond continued to deepen with each interaction they had.  As a person who has felt that kind of pull toward another, I understood how they felt.  How they knew what was happening between them was bigger than they were, and it would be life-changing.  I found the way Tijan explored their attachment to one another fascinating, especially while we were also dealing with Morgan’s ties to her ‘sister’ mare and the herd.

Morgan was a captivating character.  From her tragic childhood to her acceptance and integration into the wild mustang herd, she was one of the most unique people I’ve ever read about.  There were parts of her character that were a little beyond belief, but for the most part, I could identify with her compulsion to seclude herself away from the human world and exist in a world where little beyond survival is important.  Her growth arc was compelling, too.  Watching her transform from the ghost she was in the initial chapters to the girl who was ready to take on the world for the people she loved, in the end, was cathartic.

I had a little harder time connecting with Brody.  I didn’t understand his motivations to stay in the world he was in, as it felt like he hated every minute of his work.  He only seemed truly happy when he was with Morgan, his nieces, or when he was free from all the social conventions he’d been trapped by.  I would have loved to have seen more growth from his character, but I was happy to see him begin to deal with the issues plaguing him.

My one wish for this book was tiny and, while important, almost felt like a throw-away line and that was Morgan mentioning a barn party.  It seemed so incongruous to her character that she not only would have gone to such a party but that she would have done what she said she’d done at it, that I had a hard time reconciling it.  I just wish that single line had been swapped out for something more in keeping with who Morgan was as a character.

I’m relatively new to Tijan’s writing, this is only my second book by her, but I love how diverse her writing is.  Ryan’s Bed will probably always hold my top spot for her books, but Bad Boy Brody was also a fantastically compelling story and held me captive from the first page to the last.  She’s excellent at building consuming worlds and real, flawed, sympathetic characters.  I find myself falling in love with her storytelling and know I’ll be a long-time reader of her work. 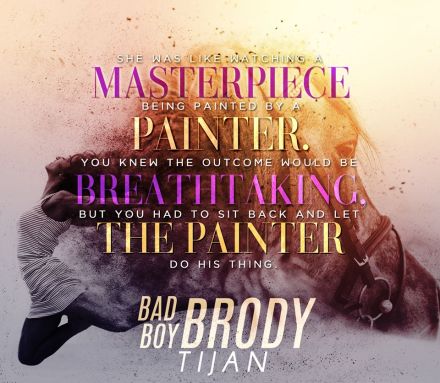 Tijan is a New York Times Bestselling author that writes suspenseful and unpredictable novels. Her characters are strong, intense, and gut-wrenchingly real with a little bit of sass on the side. Tijan began writing later in life and once she started, she was hooked. She’s written multi-bestsellers including the Carter Reed Series, the Fallen Crest Series, and the Broken and Screwed Series among others. She is currently writing a new YA series along with so many more from north Minnesota where she lives with a man she couldn’t be without and an English Cocker she adores.