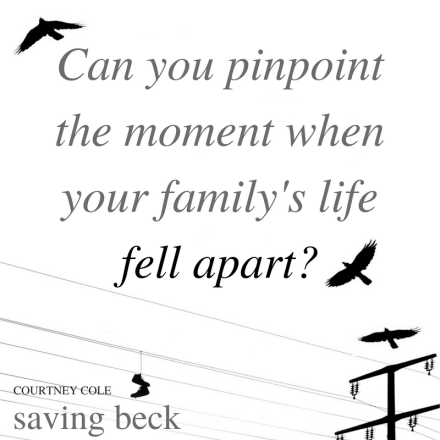 Reminiscent of the beloved novels by Mary Kubica and Jodi Picoult comes a chilling portrayal of a son’s addiction and its harrowing effects on both him and his mother from New York Times bestselling author Courtney Cole. SAVING BECK releases July 17, 2018. Check out the teaser below, and pre-order your copy of SAVING BECK today! 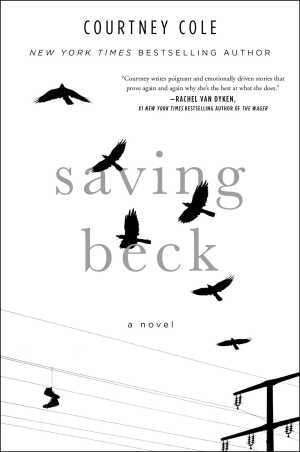 There comes a time when offering your life for your child’s doesn’t work, when you realize that it’ll never be enough.

The cold needle in his warm vein was a welcome comfort to my son at first. But then it became the monster that kept us apart.

Heroin lied, and my son believed. It took him to a world where the last year didn’t happen, to a place where his father was still alive. What Beck didn’t understand was that it couldn’t bring his father back from the dead. It couldn’t take away his pain, not permanently.

You think it can’t happen to you, that your kids, your family, will never be in this situation.
I thought that too. But you’re wrong.

Step into our world, and see for yourself.
Watch my golden boy become a slave to this raging epidemic. Watch me try and save him.

Drug addiction comes with a price.
Trust me, you’re not equipped to pay it.

The hospital is a beacon of light and hope as we pull in. I barely remember to put my car in park before I jump out and I leave it in the middle of the lane, the tires wrenched haphazardly toward the curb.

“Ma’am, you can’t park there,” a guy in a security uniform says with his fake badge, but I don’t answer. I toss him my keys and push my way to the doors, and that’s when I see him.

They’ve pulled him out of the ambulance, and he’s so still, so white. He’s got the body of a man and the face of a boy, and he’s got vomit in his hair. One hand dangles over the edge of the gurney, orange flecks dripping from his fingers to the floor, but no one notices, no one cares.

“Beck,” I breathe, and he doesn’t open his eyes. “Beck,” I say louder, as loud as I can. His mouth is slack, but he’s not dead, he can’t be dead because someone is pumping his heart with her fist. She’s running next to the gurney, and she’s pounding on his heart, making it beat.

“Coming through,” she yells at the doors, and there is a team of people working on him. They’re frantic, and that’s not good.

I chase after them, through the emergency room, through the people, but someone grabs me at a giant set of double-doors, the gateway to the important rooms.

The nurse grasps my arm, and I can’t stand anymore. My legs are tired and the adrenaline… it numbs me. I collapse beside her and she tries to hold me up, but she can’t… I’m on the ground.

My face is wet, when did I start crying?

“You have to save my son,” I beg her, my fingers curled into her arm. I stare into her eyes. Hers are green, ringed with blue, and she looks away. Something about her seems so familiar, something about those eyes.

“We’ll try, ma’am,” she says uncertainly. It’s the uncertainty that kills me. “We’ll do everything we can. I’m going to take you to a quiet room, and give you a blanket. Is there anyone I can call for you?”

I shake my head. “No. I already called my sister.”

“Okay,” the nurse says quietly and her name tag says Jessica. She takes me to a waiting room, a quiet private one, the ones they use when the outcome might not be good. I know that because I’ve been here before.

I swallow hard and she puts a cup of coffee in my hand.

As she does, she pushes a stray hair out of her face and her bracelet catches my eye. A simple chain with a silver dolphin on it. I’ve seen it before.

“You were here the night my husband was brought in,” I realize slowly. “Weren’t you? Do you remember me?”

It was a year ago. A year, two months… I check my watch… six days and twenty-two hours ago. Of course she doesn’t remember me.

“I’m so sorry about your husband,” she tells me now, her voice quiet and thick. “I swear to you, we did everything we could.”

“I know,” I tell her. Because I do. The accident was so bad, there’s no way anyone could’ve survived. Except for Beck. He lived. But Matt...his injuries were insurmountable. That’s what the doctor told me that night.

I shook my head because I didn’t want to hear what was coming next, but he spoke anyway.

Matt’s injuries were insurmountable, he’d said. We did everything we could.

But everything wasn’t enough, and my husband died.

I know it’s illogical. I know it was never the doctor’s fault, but it doesn’t matter because Jessica is nodding. “It’s a different doctor tonight,” she tells me. “Dr. Grant, and he’s very, very good.”

“If you need anything, you tell me,” Jessica says and I can see that she means it. She likes me. Or she feels sorry for me. It doesn’t matter which. I nod and she’s gone, and I’m alone.

Just like I was a year ago, and just like that night all I can do is pace.

I’m a caged mama wolf and there’s nothing I can do, but I know that if I stop moving, Beck might die. My energy is attached to his energy. I have to move. It all depends on me.

So I walk in circles.

It becomes rhythmic, and I match my breaths with my steps. I’m a machine, a time-keeper, a being made of clock-work as I walk in circles, marking time. Every step I take, Beck is still alive. I feel it in my heart. It’s all up to me. 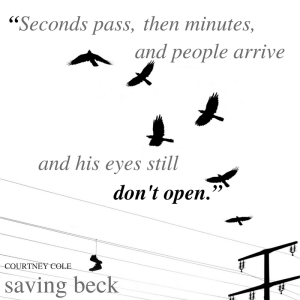 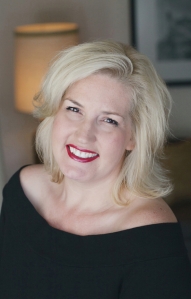 Courtney Cole is a New York Times and USA Today bestselling novelist who would eat mythology for breakfast if she could.

She has a degree in Business, but has since discovered that corporate America is not nearly as fun to live in as fictional worlds.

Courtney was born and raised in rural Kansas, but has since migrated south. She now lives in Florida and writes beneath palm trees.