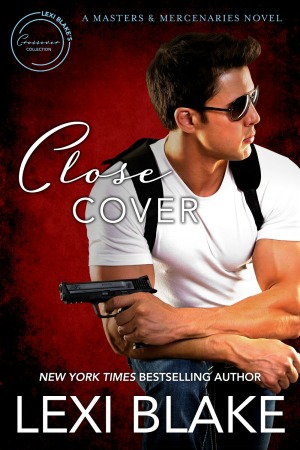 Remy Guidry doesn’t do relationships. He tried the marriage thing once, back in Louisiana, and learned the hard way that all he really needs in life is a cold beer, some good friends, and the occasional hookup. His job as a bodyguard with McKay-Taggart gives him purpose and lovely perks, like access to Sanctum. The last thing he needs in his life is a woman with stars in her eyes and babies in her future.

Lisa Daley’s life is finally going in the right direction. She has finally graduated from college after years of putting herself through school. She’s got a new job at an accounting firm and she’s finished her Sanctum training. Finally on her own and having fun, her life seems pretty perfect. Except she’s lonely and the one man she wants won’t give her a second look.

There is one other little glitch. Apparently, her new firm is really a front for the mob and now they want her dead. Assassins can really ruin a fun girls’ night out. Suddenly strapped to the very same six-foot-five-inch hunk of a bodyguard who makes her heart pound, Lisa can’t decide if this situation is a blessing or a curse.

As the mob closes in, Remy takes his tempting new charge back to the safest place he knows—his home in the bayou. Surrounded by his past, he can’t help wondering if Lisa is his future. To answer that question, he just has to keep her alive.

It’s no secret I love Lexi Blake. I’d been looking forward to this crossover event and her book, in particular, for some time. By any other standard this book would be excellent, by the standard set by Lexi in this and other series, however, it just didn’t quite live up to what I’ve come to expect from her.

Secret keeping, misinformation, lying by omission. One of the more frustrating tropes in romance and this book was rife with it. From Remy and Lisa’s first meaningful interaction to the greatest conflict of their relationship. While I did understand Remy’s motivations in both situations, you could feel they were headed for disaster because he wasn’t forthright with Lisa about his feelings about her and the reason for his reentry to her life.

I was rooting for Lisa and Remy, I continually had mixed feelings about them – for myriad reasons – but they were pretty adorable together. I especially loved how reverently he spoke of, and to, her. The suspension scene was sublime; his poetry transcended the beauty of the rest of the scene. Lisa sometimes felt beyond awkward when they were together, the crux of their connection definitely rested on Remy’s massive shoulders.

Close Cover was well-paced. I never felt like there was a lull in the forward momentum of the book. It did have a little less action than I’ve come to expect from the Masters and Mercenaries series, and most of the tension was developed with speculation and revelations of coincidental past events. Lexi Blake did a great job of feeding her readers enough crumbs of information to feel invested in the plot without giving so much that the entirety of the plot was predictable.

I wish I would have felt more connected to the characters in this book. I’m not sure what was lacking, but I didn’t feel the deep emotional tie to these characters that I usually do when reading Ms. Blake’s stories. They fell a little flat for me, Lisa more so than Remy; he felt more well-developed than she did.

Lexi Blake is one of my favorite authors. She always develops interesting and suspenseful plots, with sympathetic characters. She writes strong heroines, who’s best qualities are complemented by their life partners. This book, while not my favorite of hers, carried those traits and was a great way to conclude the Masters and Mercenaries crossover series.

The light in his face blocked out the view of the man interrogating him. Remy blinked in the glare and sighed. He should have known this wouldn’t go the way he’d hoped it would. He’d come back to Dallas as a courtesy and now he had to worry that maybe he wouldn’t make it out of this office again.

He should have filed his report and run the other way, but the truth was this had been his team and it was in ruins now. Well, what some would call ruins. They had been a fully cohesive unit and then the last few weeks had played out the way they had and their ranks had been decimated.

One by one they’d fallen…

The team he’d known so well these last few years was gone and it wouldn’t be the same again.

“I want to know what happened,” a deep voice said.

Remy sat back. He wasn’t about to let that bastard know for a second that he was mildly intimidated. Besides, after everything that had happened in the past few weeks, the asshole probably had a right to take a chunk out of his hide. “It’s all in my report.”

There was the sound of shuffling and then his report slid across the desk and bounced into his lap.

“You mean this? This tells me nothing.”

“It tells you everything you need to know about what happened in Papillon. I’ve documented everything thoroughly, including all the bloody parts and where I buried the bodies in case you need them for anything. Of course, given where I was at the time, those bodies might not last long. The bayou tends to take everything it can from a man if he’s not moving. Sometimes even when he is.”

As his brother had learned. God, he hoped his brother forgave him one day. Of everything that had happened in Louisiana, his brother’s pain was the one thing he truly regretted.

Remy picked up the report he’d submitted only last week when he’d done all his exit paperwork. He thought he’d been extremely thorough in his mission report. His final report.

“Tell me what else you need from me, Tag.”

It was his last report because he wouldn’t be back here again. Not to work. After what had happened that wasn’t possible. He was needed somewhere else.

After a difficult childhood and a turbulent stint in the military, Declan Burke finally got his act together. Now he’s a battle-hardened professional bodyguard who takes his job at McKay-Taggart seriously and his playtime – and his playmates – just as seriously. One thing he never does, however, is mix business with pleasure. But when the mysterious, gorgeous Suzanne D’Angelo needs his protection from a stalker, his desire for her burns out of control, tempting him to break all the rules…even as he’s drawn into a dark, dangerous world he didn’t know existed.

Suzanne is an earthbound angel on her critical first mission: protecting Declan from an emerging supernatural threat at all costs. To keep him close, she hires him as her bodyguard. It doesn’t take long for her to realize that she’s in over her head, defenseless against this devastatingly sexy human who makes her crave his forbidden touch.

Together they’ll have to draw on every ounce of their collective training to resist each other as the enemy closes in, but soon it becomes apparent that nothing could have prepared them for the menace to their lives…or their hearts.

McKay-Taggart operative Riley Blade has no intention of returning to Los Angeles after his brief stint as a consultant on mega-star Lyle Tarpin’s latest action flick. Not even for Natasha Black, Tarpin’s sexy personal assistant who’d gotten under his skin. Why would he, when Tasha made it absolutely clear that—attraction or not—she wasn’t interested in a fling, much less a relationship.

But when Riley learns that someone is stalking her, he races to her side. Determined to not only protect her, but to convince her that—no matter what has hurt her in the past—he’s not only going to fight for her, he’s going to win her heart. Forever.

I was doing it. I was on my way, until Cooper Townsend landed backstage at my show in Dallas.

This gorgeous, rugged, man of few words was one cowboy I couldn’t afford to let distract me. But with his slow smile and rough hands, I just couldn’t keep away.

Now, there are outside forces conspiring against us. Maybe we should’ve known better? Maybe not. Even with the protection from Wade Rycroft, bodyguard for McKay-Taggart, I still don’t feel safe. I won’t let him get hurt because of me. All I know is that I want to hold on, but know the right thing to do is to let go… 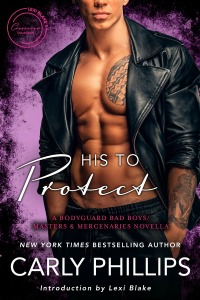 Talia Shaw has spent her adult life working as a scientist for a big pharmaceutical company. She’s focused on saving lives, not living life. When her lab is broken into and it’s clear someone is after the top-secret formula she’s working on, she turns to the one man she can trust. The same irresistible man she turned away years earlier because she was too young and naive to believe a sexy guy like Shane Landon could want her.

Shane Landon’s bodyguard work for McKay-Taggart is the one thing that brings him satisfaction in his life. Relationships come in second to the job. Always. Then little brainiac Talia Shaw shows up in his backyard, frightened and on the run, and his world is turned upside down. And not just because she’s found him naked in his outdoor shower, either.

With Talia’s life in danger, Shane has to get her out of town and to her eccentric, hermit mentor who has the final piece of the formula she’s been working on, while keeping her safe from the men who are after her. Guarding Talia’s body certainly isn’t any hardship, but he never expects to fall hard and fast for his best friend’s little sister and the only woman who’s ever really gotten under his skin. 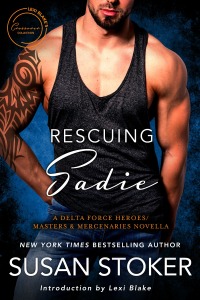 Sadie Jennings was used to being protected. As the niece of Sean Taggart, and the receptionist at McKay-Taggart Group, she was constantly surrounded by Alpha men more than capable, and willing, to lay down their life for her. But when she visits her friend in San Antonio, and acts on suspicious activity at Milena’s workplace, Sadie puts both of them in the crosshairs of a madman. After several harrowing weeks, her friend is now safe, but for Sadie, the repercussions of her rash act linger on.

Chase Jackson, no stranger to dangerous situations as a captain in the US Army, has volunteered himself as Sadie’s bodyguard. He fell head over heels for the beautiful woman the first time he laid eyes on her. With a Delta Force team at his back, he reassures the Taggart’s that Sadie will be safe. But when the situation in San Antonio catches up with her, Chase has to use everything he’s learned over his career to keep his promise…and to keep Sadie alive long enough to officially make her his.