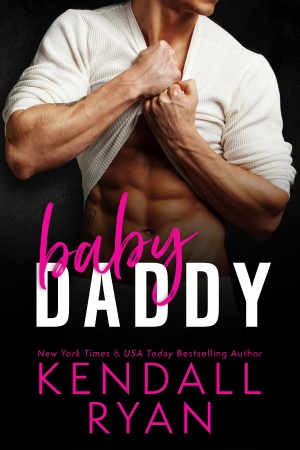 We met in a trapped elevator.

Emmett was on his way to work, sophisticated and handsome in his tailored suit and tie.

I was on my way to the sperm bank. Awkward, right?

At thirty-five, my life hadn’t taken the path I thought it would and I was tired of waiting—I wanted a baby. And I was ready to take matters into my own hands to make it happen.

After our ill-fated elevator encounter, Emmett insisted on taking me to dinner—he also insisted on something else—that I ditch my plan involving a turkey baster and let him do the job. He would be my baby daddy. He was a wealthy and powerful CEO with little interest in diapers or playdates. And since he didn’t want kids, I’d be on my own once his bun was in my oven, free to go my own way.

But once his baby was inside me, it was like a switch had been flipped, and I got a whole lot more than I ever bargained for.

Baby Daddy is the twenty-first century ‘You’ve Got Mail.’ Seriously, I couldn’t help but picture Meg Ryan and Tom Hanks while reading this book, despite the characters being described as looking vastly different than them. That connection made this book feel like revisiting something I’d loved when I was a kid.

Baby Daddy is a stand-alone novel. It is written in dual first-person perspective, narrated by Jenna & Emmett.

Baby Daddy was amusing and light. I found myself smiling at the interactions between Jenna and Emmett frequently. They had such fun chemistry and the way they challenged each other was endearing. I enjoyed watching them fumble their way through their strict, no emotions arrangement and discover along the way there was so much more between them than either had ever experienced or expected.

This book didn’t cross any revolutionary literary boundaries, it was easy and formulaic, but sometimes that kind of story is exactly what I need. Something that is going to entertain me, make me laugh, and just allow me a few hours of getting out of my head.

The only wish I have about this book would have been that it delved more into Jenna and Emmett’s pasts, particularly their childhoods. The broad strokes were covered enough to explain their particular fears and desires, but I had so many more questions. I’m inquisitive by nature, though, so I always find myself wanting to delve into the inner workings of what makes people tick.

My favorite thing about Kendall Ryan is her ability to write across several subgenres of romance without hesitation. She can write a romcom just as easily as she writes emotional contemporary romance. 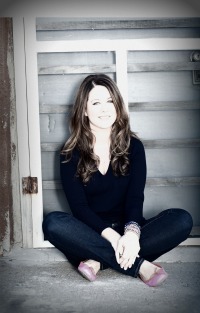