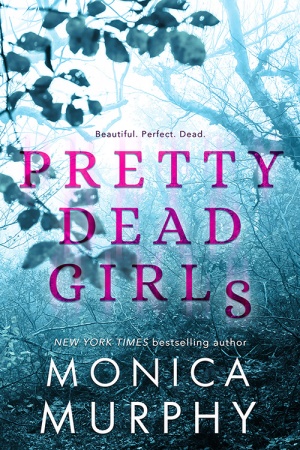 In the peaceful seaside town of Cape Bonita, wicked secrets and lies are hidden just beneath the surface. But all it takes is one tragedy for them to be exposed.

The most popular girls in school are turning up dead, and Penelope Malone is terrified she’s next. All the victims so far have been linked to Penelope—and to a boy from her physics class. The one she’s never really noticed before, with the rumored dark past and a brooding stare that cuts right through her.

Everyone has secrets, and theirs might get them killed.

Monica Murphy is the New York Times, USA Today and #1 international bestselling author of the One Week Girlfriend series, the Billionaire Bachelors and The Rules series. Her books have been translated in almost a dozen languages and has sold over one million copies worldwide. She is both self-published and published by Random House/Bantam and Harper Collins/Avon. She writes new adult, young adult and contemporary romance.

She is a wife and a mother of three who lives in central California on fourteen acres in the middle of nowhere along with their one dog and too many cats. A self-confessed workaholic, when she’s not writing, she’s reading or hanging out with her husband and kids. She’s a firm believer in happy endings, though she will admit to putting her characters through angst-filled moments before they finally get that hard won HEA.