She made me a better man, but I still wasn’t good enough to keep her.
Born and raised in Brooklyn, with sleeve tattoos, ripped muscle and a cold-hearted stare, I am who I am.  The bad boy she knew to stay away from.
I knew we were never supposed to last.  But the way her lips tasted, the way her curves felt under my hands…  I couldn’t let go. I did everything I could to keep her.
I put on a ring on her finger and straightened out my life.  All for her.
I should’ve known better.
One mistake tore us apart and I don’t know what I can do to salvage what we once had.
I knew it wasn’t supposed to last, but if I could make her stay with me once…  I can do it again.
Watch me. I love my sweetheart; I’m not losing her again.

I love this book.  I hated this book.  I was irritated by this book.  I was sad and happy and all of the things while reading this book.  If I were rating purely on the depth and breadth of feeling a book evoked this would easily be five stars, as it is, I consider many other factors in my review, so it doesn’t quite reach that height of perfection for me.

Scarred is the fourth book in Willow Winters’ Sins and Secrets series and the second book in Kat & Evan’s duet.  While reading the first book of the duet, Damaged, is vital to the understanding of this book, reading the first two books of the series, is not.  I haven’t read those books, but after seeing the characters from Imperfect and Unforgiven in these books, I will be adding them to my TBR.

I found both Kat and Evan to be highly infuriating in both books of this duet.  While I couldn’t imagine being in either of their shoes, it seemed as if they were going out of their way to disappoint one another.  For people who love angst for the sake of angst, I’m sure it would have been a profoundly satisfying book; I’m not one of those people, so it just made me angry, because it all seemed so unnecessary.  I have no doubt knowing more of their story before Damaged would have made their actions more understandable, but as the story was it just felt excessive.

I honestly can’t tell you if I loved Kat and Evan or if I hated them.  They were very complex characters, full of flaws and pain.  They were well written and sympathetic characters.  While I did find their actions maddening at times, it was part of what made them feel so real.  When stress is high, and emotions are on edge, people react in nonsensical ways, and that was demonstrated perfectly with both Kat and Evan.  Ms. Winters did an excellent job of writing characters that elicited intense reactions from her readers.

I wish the timeline of this book were more structured.  I had a hard time knowing how much time had passed, while it didn’t always make a huge difference, there were times when knowing whether things were happening simultaneously or days or weeks later would have made a huge difference.  Since a lot of Kat’s anger was based on the time Evan was taking to tend to his situation, knowing how much time was elapsing between scenes would have made her anger and his frustration more pertinent.

Willow Winters has been on my radar for a long time, but I hadn’t made the time to read her work.  I have a feeling that, had I been reading her books all this time rather than just admiring her from afar, she would easily be one of my top authors.  Her prose is highly evocative, while still intimately relatable.  She was able to wring out more emotions over the course of a relatively short novel than some authors can in epic tomes.  I was highly impressed with her writing, even as I was having mixed emotions about her characters, and that proves to me she is an author to keep on my must-read list.

Damn me for what I’ve done,
Hate me for the lie.
Let the web weave and thread,
But don’t let what we have die.

I know it in my blood,
She’s mine to keep and hold.
I’ll stop fighting only once,
When I’m dead and cold.

The piles of dirt are getting larger. The metal shovels pierce the frozen soil. The sound cuts through my bones, one and then another and another.
It’s been constant as I stand here, helpless. I’ve never been colder, the wind and bitter snow beseiging my body, but I still don’t move.
I can’t take my eyes from the two graves.
The shovels spill the dirt, the piles mounting as my eyes drift to the tombstones.
The first my father, a man who died before his time. A death of tragedy.
And then to my wife’s. My love’s. Gone before her time. No one believes me. He put her there. James killed her.
My eyes pop open wide when I hear Kat whisper, “It’s all your fault.”

I wake up breathless, my heart pounding and I swear I can feel Kat’s hot breath on my neck even though I’m alone. My eyes dart around the room as I slowly lift my body into a sitting position on the bed.
Just a terror. The same as last night.
I’m quick to grab the video monitor for the security system from the nightstand and flick the button on to bring it to life. I had it installed after the break-in.
It’s only when I see Kat in our bed, that my heart starts to calm, and my heated skin seems to succumb to the chill of reality.
She’s okay.
I close my eyes and when I open them, it’s an image of her rolling over in bed. To my side. My fingers brush the glass where she is. I’ll be there soon. I’ll be with her and it’ll all be over. I won’t let her down. 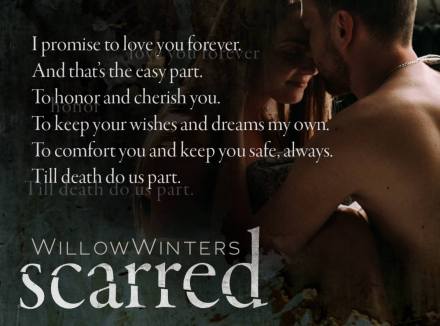 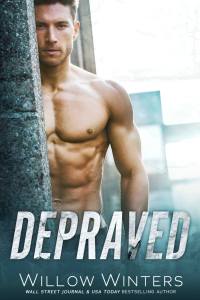 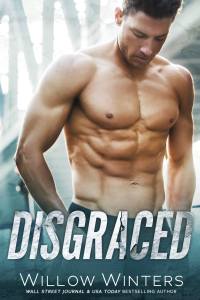 Willow Winters is so happy to be a USA Today, Wall Street Journal and #1 Contemporary Bestselling Romance Author. She likes her action hot and her bad boys hotter. She certainly doesn’t hold back on either one in her writing!

Willow started writing after having her little girl, Evie, December 2015. All during her pregnancy with Evie she continued to read and she only wanted to read romance. She was reading a book a day — sometimes two.

In January 2016 Willow was staying up late with Evie and just thinking of all these stories. They came to her constantly so she finally sat down and just started writing. She always wanted to do it so she figured, why not? Today Willow cannot be happier for making that decision!