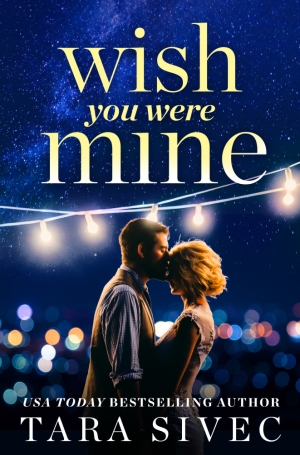 From the USA Today bestselling author of The Story of Us and Fisher’s Light comes a new, standalone novel—a heart-wrenching story about first loves and second chances that will make you fall in love all over again….

Five years. I would’ve stayed away longer if I hadn’t received the letter. Not a day has gone by that I haven’t thought about her, haven’t missed her smile, haven’t wished that things were different.

The last time I saw my two best friends, I vowed to not stand in the way of their happiness, even if that meant I couldn’t be a part of their lives. Cameron James and her emerald-green eyes were too much of a temptation and I couldn’t stay and watch them together. Cameron deserved better than me. She deserved him.

But now that I am back, things are different. I’m not going to stand by and watch the woman I’ve always loved slip away again. I’m done living my life with regrets and I’m ready to tell her the truth. And I’ll do whatever it takes to show her that I always wished she was mine.

Tara Sivec may be known for her rom-coms, but I always love her heavier, more serious novels. Wish You Were Mine fit that bill perfectly. It’s almost a second chance, best friends to lovers romance with plenty of angst and pain thrown in for good measure.

Wish You Were Mine is written in dual POV, mercifully, if we hadn’t been able to understand what was going on with both Cameron and Everett this story may have felt very different. There are also several flashbacks, which helped to show how deeply their feelings ran.

Wish You Were Mine was a slow burn, a love story nearly 30 years in the making. It’s a story of miscommunications, poor timing, and presumed unrequited love. The entire reason Cameron and Everett haven’t spoken in nearly five years is predicated on a misconception. While at times their refusal to be truthful with one another was frustrating, I do think it was fascinating to watch them dance around one another in both the past and present.

I loved the added layer of Aiden in this book. He was vital to every scene, even if he wasn’t present for many of them. His character gave a much-needed levity to the past scenes, and his ever-present memory helped to direct the motivations of Cameron and Everett in the present. It was an interesting and powerful device to use to help propel two incredibly stubborn people to a place they were desperately afraid of.

The growth of the character, particularly Everett, was great in this book. Though a lot of the most critical parts of his growth happened off page, they were still demonstrated well in the juxtaposition of his actions in the past, immediately after his return, and after he finally confesses his truths to Cameron. Cameron also learned and developed into a more well-rounded person, though her growth arc wasn’t quite as intense as Everett’s.

My only wish for this book would be the pacing be more even. For good chunks of the book, I barely noticed I was moving forward, as there was so much to learn, so many new layers being added to Cameron and Everett’s story. There were other points when I felt I’d been reading for ages and I’d made little progress in the novel; those times took away from the experience for me.

Tara Sivec is a powerful writer. She can take well-worn tropes and add freshness to them. Her writing always feels crisp and interesting. There is rarely superfluous information, and she manages to leave plenty of hints to the direction of her stories without making them predictable. Each book I’ve read by Ms. Sivec has its own tone and tenor while still retaining the smart style she uses across her novels. 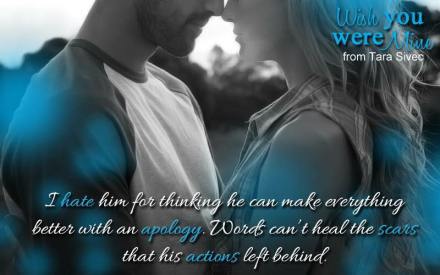 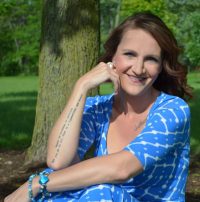 Tara Sivec is a USA Today best-selling author, wife, mother, chauffeur, maid, short-order cook, babysitter, and sarcasm expert. She lives in Ohio with her husband and two children and looks forward to the day when all three of them become adults and move out.

After working in the brokerage business for fourteen years, Tara decided to pick up a pen and write instead of shoving it in her eye out of boredom. She writes in a wide range of genres including Romantic Comedy, Romantic Comedy/Mystery, Romantic Suspense, New Adult Drama, Contemporary Romance and Psychological Thriller. Her novel Seduction and Snacks won first place in the Indie Romance Convention Reader’s Choice Awards 2013 for Best Indie First Book and she was voted Best Indie Author in the Indie Romance Convention Reader’s Choice Awards 2014.

In her spare time, Tara loves to dream about all of the baking she’ll do and naps she’ll take when she ever gets spare time.