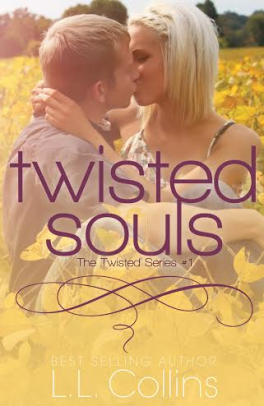 What if your soul is so intertwined with someone else’s that it’s impossible to imagine yourself without them?

Blake McIntyre and Liane Kelly’s families have spent their vacations together on Sanibel Island their entire lives, and the two have always been the best of friends. But as they get ready to go to college, they admit that friendship isn’t enough for them anymore and spend a whirlwind two weeks daring to dream of their future together.

But building sandcastles and lazy beach walks filled with moonlight kisses isn’t the same as real life, and soon they are faced with a new reality. Can their hope of forever survive past their summer, or does fate have its own twisted plan? 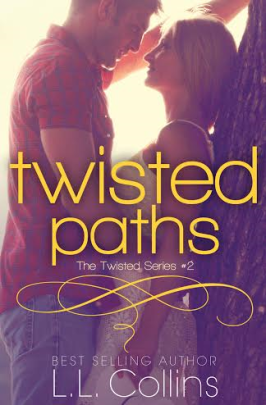 Life is a series of choices, and every one we make sends us down a different path…

It is easy to look back at your life and see the mistakes you’ve made and wonder how it all could’ve been different. But when the path you thought would last forever comes to an end and you have to choose a new one, do you follow the route that looks the straightest and easiest? Or do you follow your heart and choose the one that might have more twists and turns but could lead you to the happiest tomorrows?

Twisted Paths is not a standalone. This is meant to be read after book one in the Twisted series, Twisted Souls.

The Twisted series is a combo friends to lovers and second chance romance book.  In Twisted Souls, best friends Liane and Blake realize that years of friendship could lead to the very best of love.  We get glimpses of their childhood but much of this book is spent in their later teenage years, specifically around the summer after high school graduation. A lot of misunderstandings, what could/should have beens, and what ifs take place in this book, driving these soulmates apart.  I think I wanted to strangle both character multiple times.

Twisted Paths surprised me by picking up many years later with the characters in their mid to late 30’s.  I felt like we lost a lot of time but since I don’t want to spoil any of the story, I understand why the author did this.  Liane is questioning her entire life and when she and Blake reunite, they begin to evaluate all of the choices they’ve made over the years.

There are some really cute pieces to these stories.  I enjoyed Blake and Liane, Blake’s sisters, and the angst of it all.  But parts of the storyline were a bit ‘too much’ in regards to the misunderstandings that kept these two apart.  I enjoyed it overall, I just wish parts of the story had taken a different turn.  That said, I am happy to have read these and definitely recommend to anyone who enjoys some angst with their reading!

L.L. Collins loves spending her days in the Florida sun with her husband and two boys, reading, and writing. LL has been writing since she was old enough to write. Always a story in her head, she finally decided to let the characters out made her lifelong dream of becoming an author come true in the self-publishing world. She’s the author of the Living Again Series and the Twisted Series, plus a new standalone, Back to the Drawing Board. Visit LL on her website, www.llcollinsauthor.com and on all social media. Look for more of her emotionally charged novels soon!