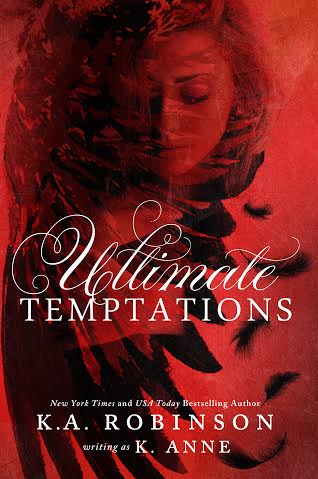 Ella Wilkins only wants one thing out of life—to graduate from high school and escape her hometown where everyone knows her and the dark cloud surrounding her family.

Everything is going according to plan until two new students show up at her school. Asher and Cain, identical twin brothers, take an interest in her, and she can’t help but wonder why two gorgeous brothers would want anything to do with a social outcast like her.

As she gets closer to the brothers, she’s torn between the two. Asher’s kindness pulls her in and comforts her while Cain both tempts and infuriates her with his sarcastic and devious ways.

When she learns who they truly are—or rather, what they are—things start to get a little tricky.

Ella might not know it, but she is the key to winning the ultimate battle between heaven and hell. Both realms want her, and neither is willing to let her go.

She’s torn between the ultimate temptations of heaven and hell. Which side will she choose?